Dad Andrew Gutmann who wrote scathing letter to Brearley about race focus, Wokeism : ‘Someone had to’ 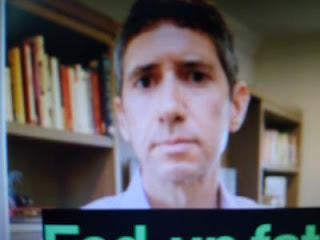 I applaud this father for taking a stand against the disease of Wokeism infecting the United States.

We all need to go to war against it!

Wokeism must be CRUSHED!

NY Post reports a father fed up with an elite Manhattan prep school’s heavy-handed focus on race won’t re-enroll his daughter in the fall, accusing the school of trying to “brainwash” kids with woke philosophies rather than teaching them how to think on their own.

In a scathing 1,700-word letter Andrew Gutmann mailed to 650 families — a screed since gone viral —  he blasted the posh, all-girls Brearley School’s “cowardly and appalling lack of leadership [for] appeasing an anti-intellectual, illiberal mob.”

The April 13 missive  —  published this week on journalist  Bari Weiss’  blog —  became public the same day the headmaster of the famed Dalton School resigned over controversial “anti-racism”  curriculum and policies that had outraged many parents.