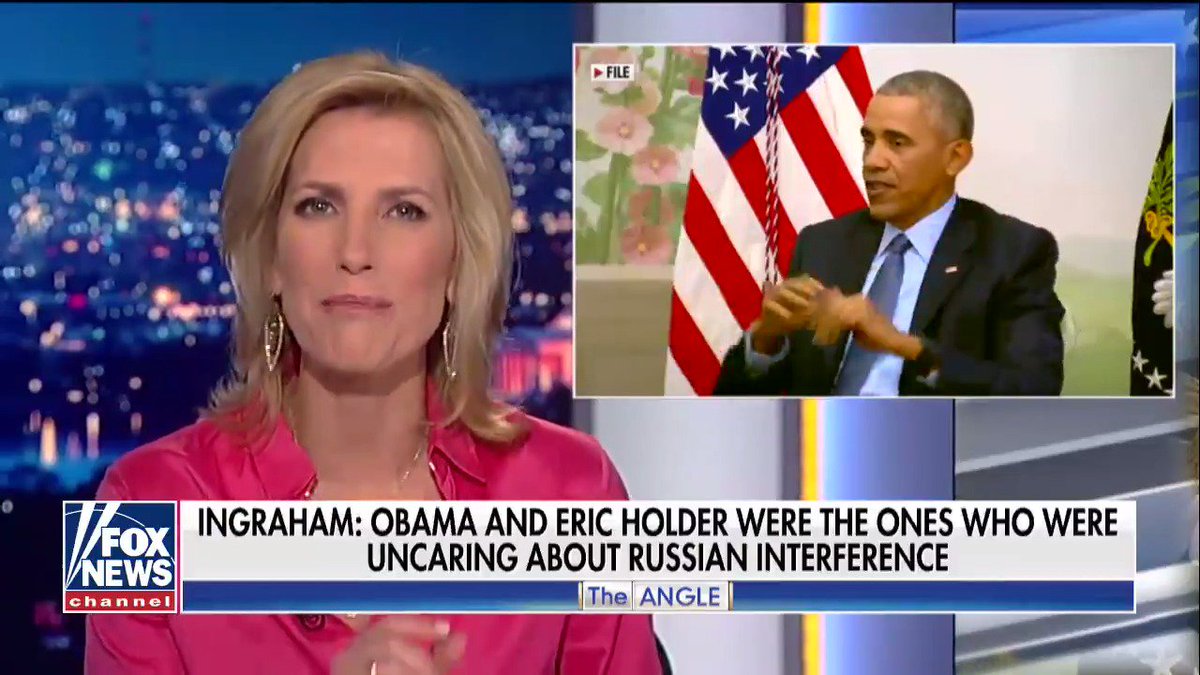 Fat chance that's going to happen.
Robert Mueller is every bit a member of the swamp Hillary, Kerry, Rice and Obama.  They look out for their own.


Breitbart reports Friday on Fox News Channel’s “The Ingraham Angle,” host Laura Ingraham gave her take on the indictments handed down by special counsel Robert Mueller’s probe regarding interference in the 2016 presidential election.