Cried like a WOMAN: Democrat Sex Perv Anthony Weiner cried when sentenced to 21 months in prison for teen sexting scandal 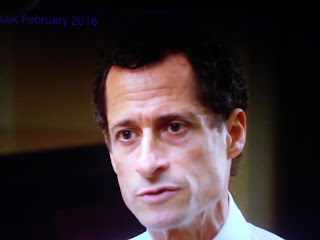 This pervert was a close associate of the Clintons.
He was star in the Democrat Party that had dreams of becoming mayor of New York..  He also was a degenerate sex pervert and will be a registered sex offender for the rest of his life after he gets out of prison.

This is what President Trump once said of Anthony Weiner.

The disgraced pol, crying and grabbing tissue after tissue, was sentenced Monday by Judge Denise Cote for sending sick messages to a 15-year-old.

As Cote read the terms of Weiner’s sentence — including a Nov. 6 surrender date, three years of supervised release and a $10,000 fine — he bowed his head and sobbed, holding a hand over his eyes.

“I was a very sick man for a very long time,” Weiner said before sentencing