Clinton Lawyer Linked to Dossier At Podesta's Side As He Denies Knowledge... 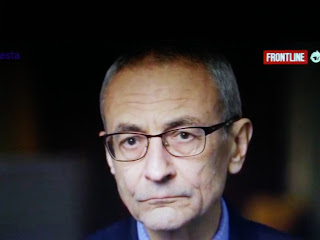 Have you noticed how quiet Hillary Clinton has become?

The interviews happened before this week's disclosure that the Clinton campaign and DNC paid for the research. Senate investigators may seek to further question the two top Democrats and dig deeper on the origins of the so-called Trump dossier, one of the sources briefed on the matter said.

Their remarks to congressional investigators raise the stakes in their assertion that they knew nothing about the funding because it's against the law to make false statements to Congress.

The White House has seized on the funding disclosures to discredit the ongoing investigations into potential collusion between the Russians and the Trump campaign. While the most salacious allegations in the dossier haven't been verified, its broad assertion that Russia waged a campaign to interfere in the election is now accepted as fact by the US intelligence community.