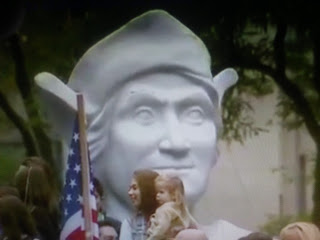 NY Post reports is it time to say arrivederci to Christopher Columbus?
A movement to abolish Columbus Day and replace it with Indigenous Peoples Day has gained momentum in some parts of the U.S., with Los Angeles in August becoming the biggest city yet to decide to stop honoring the Italian explorer and instead recognize victims of colonialism.