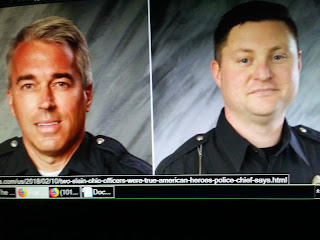 The city of Westerville confirmed on Twitter reports that two of the city's police officers were killed in "the line of duty."

The incident occurred around 1 p.m. local time at Crosswind Drive, 10 TV reported
The Westerville Police Department told Fox News the officers were "responding to a 911 hang-up call" when the shooting occurred. They did not confirm how many people were shot or their conditions.