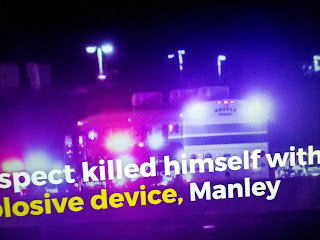 This is being reported as a done deal.  How can we be sure?
Until I see more hard facts, I'm very skeptical of what's being claimed here.

Pflugerville police and the Texas Department of Public Safety have evacuated residents in a four-block radius of Conditt’s home at the 400 of Second Street North in Pflugerville. The area goes from North Railroad Avenue t