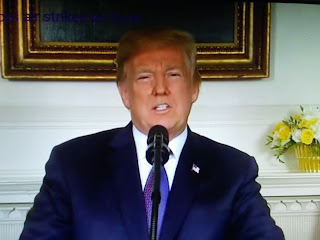 KA-BOOM!  These attacks were coming on Syria as President Trump said they would.