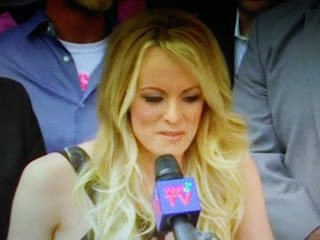 This is how low society can go.
They hold the ceremony outside a sex shop.  Pathetic and shame on West Hollywood, not worth visiting folks.

In a ceremony at the Chi Chi La Rue sex shop, West Hollywood granted the adult film star the key to the city.

Ms Daniels, real name Stephanie Clifford, says she had an affair with President Donald Trump over a decade ago, and has sued him over a non-disclosure agreement about the relationship.