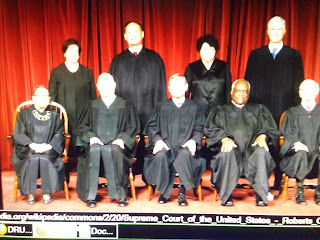 Good!  Very happy with this decision and it's about time these activist Gays get their ears clipped once in a while.
There's no shortage of bakeries that would have made a wedding cake for the Gay couple in question.  That couple targeted that business to make a point and tried to smash a Christian baker's religious beliefs by force of the court system.  SCOTUS rightly beat then back!


Trust Dot Org reports the U.S. Supreme Court on Monday handed a victory on narrow grounds to a Colorado Christian baker who refused for religious reasons to make a wedding cake for a gay couple, stopping short of setting a major precedent allowing people to claim exemptions from anti-discrimination laws based on religious beliefs.

The justices, in a 7-2 decision, said the Colorado Civil Rights Commission showed an impermissible hostility toward religion when it found that baker Jack Phillips violated the state's anti-discrimination law by rebuffing gay couple David Mullins and Charlie Craig in 2012. The state law bars businesses from refusing service based on race, sex, marital status or sexual orientation.

The ruling concluded that the commission violated Phillips' religious rights under the U.S. Constitution's First Amendment.