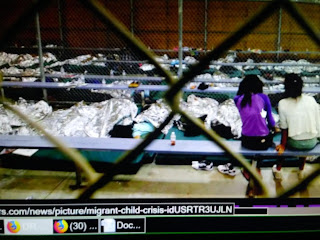 This controversy was a whole lot of media hysterias from the beginning because Stormy Daniels lost her 15 minutes of fame.

Lost in the debate is any acknowledgment that President Obama’s administration also used detention facilities.

Current U.S. immigration laws, when enforced, have the consequence of temporarily separating adults who arrive with children into separate detention facilities in order to prosecute the adults.

The policy of prosecuting immigrants for crossing the border illegally has been in place for multiple administrations. The Obama administration prosecuted half a million illegal immigrants and similarly separated families in the process. So did the Bush administration.