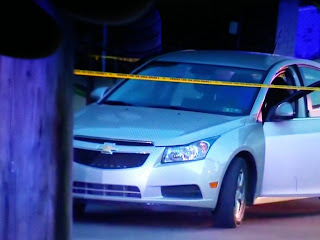 Kid should have stayed put and caught the arrest.  He be alive today.

ABC News reports police shot and killed an unarmed 17-year-old boy who fled from them near Pittsburgh Tuesday after he was pulled over in a car believed to have been connected to an earlier shooting that night, authorities said.