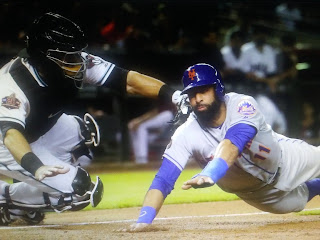 There's a lot Mets fans have suffered through for years.
First on the list is the Mets ownership tolerate losing unlike the Ynakees who don't.  It's a simple difference that reflects poorly on a team with fans desperate to win the World Series.


First things first. The Mets must stop being baseball’s junkyard.

Sandy Alderson and the Mets can at least make it look like they have a clue if they stop taking on other team’s aging rejects and putting them on the field.

Mets fans had to endure a spring training and a good chunk of the season watching Adrian Gonzalez put up non-competitive at-bats.
Now it’s Jose Bautista’s turn to search for baseball’s fountain of youth, given games and at-bats by Alderson & Co.