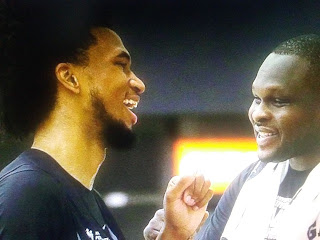 Wow, the stuff that happens at the club.

Roger Randolph, the brother of the NBA power forward, was killed following a shooting outside Hop’s Blues Room in downtown Marion, the Marion Police Department said.

It was not immediately clear what led to the shooting but police said they do not believe the shooting was a random act.