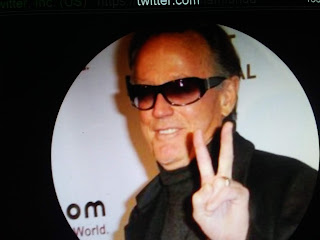 Henry Fonda is on my short list of favorite actors after John Wayne.
However, I never has much admiration for his children,  Mostly Jane Fonda.  That was until today


Fox News reports actor Peter Fonda has a social media army and the Secret Service on his back after a twisted Twitter call to "rip Barron Trump from his mother's arms and put him in a cage with pedophiles."