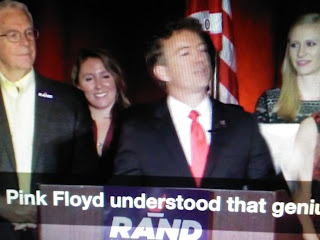 This is getting out of hand.  Paul was already attacked by his next door neighbor.
Now this?

Courier Journal reports a man is accused of threatening to chop up U.S. Sen. Rand Paul and his family with an ax.

The man has been arrested. He allegedly called in the threats to Paul's Bowling Green office.
Paul mentioned the attack publicly at an event in Leitchfield, Kentucky, on Monday.

"Capitol Police have issued an arrest warrant for a man who threatened to kill me and chop up my family with an axe," Paul said. "It's just horrendous that we have to deal with things like this."