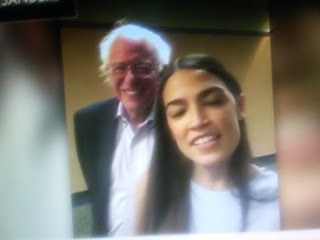 This is yet another teachable moment about young Liberals.
They think they're much smarter than they actually are.  Or in others words they don't realize how ignorant.

Fox News reports Alexandria Ocasio-Cortez appeared to have her political colors mixed up while supporting a congressional candidate in Kansas.
Ocasio-Cortez, speaking in a video posted to Sen. Bernie Sanders' Twitter account, said she, Sanders and Brent Welder would "flip this seat red in November."