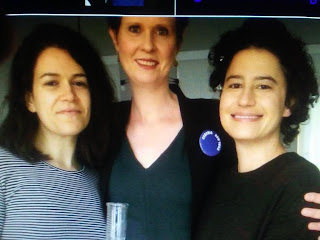 This is what the 21st century Democrat Party has to offer.
They fight for the rights of illegals over American citizens, they don’t care if people shit in the streets, and they encourage the use of drugs.  They have no business  being in positions of power.

NY Daily News reports Cynthia Nixon is offering supporters high on her gubernatorial campaign the chance to win a bong to highlight her call to legalize pot.

But there’s questions about whether the giveaway is legal.

Nixon tweeted Sunday about the unusual contest prize for a political candidate.