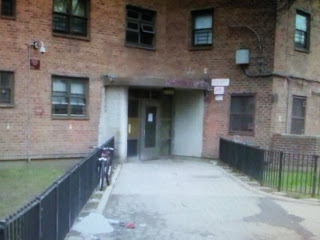 Assistant Resident Buildings Superintendent Brianne Pawson was suspended for 30 days without pay from her $66,323-a-year gig for hosting wild sex parties in the Throgg’s Neck Houses — often while collecting overtime, according to a person familiar with the scandal.

She pulled down an extra $6,950 for OT and benefits in 2017, bringing her total compensation that year to $73,273, according to SeeThroughNY.

Pawson — one of just two workers who has been suspended for the debaucherous parties — is the daughter of NYCHA Director of Maintenance, Repairs & Skilled Trades Charles Pawson, the source said.