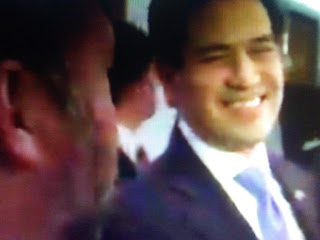 Alex Jones does a good job confronting Sen. Marco Rubio who fails to lift a finger to help stop shadow banning of conservatives.

InFo Wars reports Sen. Marco Rubio (R-Fla.) was either clueless or just playing dumb about Big Tech censorship of conservatives, neither of which reflects well on a Republican senator.
Outside a Senate committee hearing, Rubio said he wanted to prevent “foreign interference in US elections,” yet when radio host Alex Jones pointed out that thousands of conservatives were being shadow banned by Big Tech, with the implication that it’s election interference against Republicans inside the US, Rubio acted as if he had no idea what was going on.