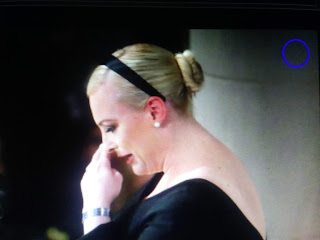 In the end the McCains' are bitter people who don't know what it is to have class and dignity.
If they think they do, they're sensibilities are really warped becomes not inviting President Trump and Sarah Palin to the funeral speaks for itself and it doesn't speak well.  Bottom line, people with class don't do that.  And they're gonna have to live with the memory of this final act for the rest of their lives.

“We gather here to mourn the passing of American greatness,” McCain, a co-host of “The View,” said before 2,500 mourners at the National Cathedral. “The real thing, not cheap rhetoric from men who will never come near the sacrifice he gave so willingly, nor the opportunistic appropriation of those who lived lives of comfort and privilege.”

“He was a great fire who burned bright,” she said in a speech punctuated by sobbing. “A few have resented that fire… but my father never cared what they thought.

“And they have the opportunity, as long as they draw breath, to live up to the example of John McCain.”