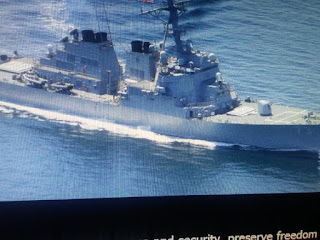 We can't let China think they can create new military fortifications and threaten our interests with a response.

Fox News reports a U.S. warship sailed Sunday near two contested Chinese man-made islands in the South China Sea, the location where Beijing has built up military fortifications despite a pledge not to do so, a U.S. defense official told Fox News.

The “guided-missile destroyer USS Decatur (DDG 73) conducted a freedom of navigation operation in the South China Sea to uphold the rights and freedoms of all states under international law. Decatur sailed within 12 nautical miles of Gaven and Johnson Reefs in the Spratly Islands,” the U.S. official, who declined to be identified, said in a statement.