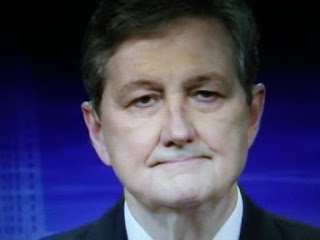 I agree with Kennedy.
Congress has become a collection of scoundrels and scalawags.  Nobility went out the window with Mr. Smith Goes to Washington.

Fox News reports Sen. John Kennedy called the confirmation hearings for Judge Brett Kavanaugh “an intergalactic freak show” and said he was embarrassed for Congress by the accusations of sexual misconduct leveled at the Supreme Court nominee.
“So far, it’s pretty much been an intergalactic freak show,” Kennedy, R-La., told Chris Wallace on “Fox News Sunday.” “Most Americans are looking at this – most mainstream Americans – and they’re thinking that Congress has hit rock bottom and started to dig.”