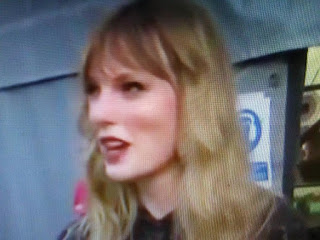 You made a dumb choice, Taylor!

For a long time Taylor Swift kept her political views silent.  It was a smart position other celebrities didn't have the intellectual capacity to appreciate.  She wanted everyone to buy her records and attend her concerts regardless of their politics.  By making a choice half the market gets alienated and some may not be so willing to go see Swift in concert anymore.
That's bad enough.  She compounds her mistake by backing Democrats in a red state.  Not too bright, Taylor!

Her endorsement of Bredesen marks the first time Swift has spoken publicly about politics.