Gunman opens fire at Chicago hospital, kills at least 3 including a Cop 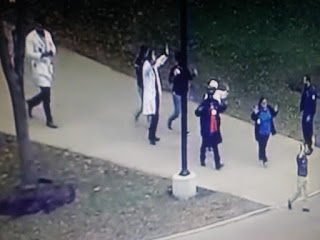 This reminds me of a shooting at a New York hospital with a similar number getting shot.
Horrible!

A police spokesman said it was not immediately clear if the attacker took his own life or was killed by police at Mercy Hospital on the city's South Side.