A Case Study In Fake News: NBC News Misquoted A Republican And Used It To Create A False Narrative 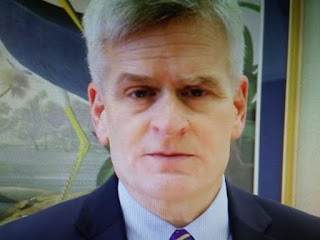 The below report by the DailyCaller, a real journalism outfit, describes how NBC are the Kings of Fake News.

Daily Caller reports NBC News published and aired a misquote of Louisiana Sen. Bill Cassidy on Thursday to suggest that the Republican was turning on President Donald Trump over alleged hush money payments.

Cassidy spoke to CNN reporter Manu Raju on Tuesday about whether or not Trump’s coordination of hush payments to multiple women constitutes a campaign finance violation.

However, NBC ran a shortened and misquoted version of Cassidy’s comments to create a narrative that he — and potentially other Republicans — were turning on the president.