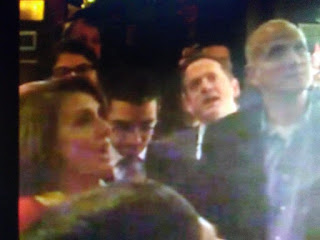 If DC GOPers had any guts, this celebration would never have happened.

Republican lawmakers folded once again on border wall funding. Military hero and Trump supporter General Michael Flynn was abused and harassed in court and told he “sold his country out” by an uninformed judge. And the Federal Reserve continued to ensure the record Trump economy will be stalled out for the foreseeable future.