Far Left Dem Sen. Kamala Harris (Obama in a skirt) Says She Is Running for President in 2020 Okay, start laughing 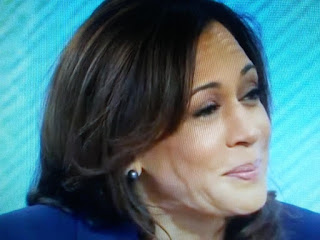 The mainstream media may take Kamala Harris seriously, but that speaks for itself.
There's nothing to this woman other than identity politics.  She's a woman and she's Black and that's the necessary combination to get the wacky base of the Democrat Party to do back flips.  Except for that, she brings nothing to the table but empty platitudes and the same tired Democrat script.

Wall Street Journal reports Sen. Kamala Harris, (D., Calif.) said she is running for president, aiming to become the nation’s first woman to win the White House and the second black commander in chief.
Ms. Harris, who served as San Francisco district attorney and California attorney general before being elected to the Senate in 2016, made her announcement in a Martin Luther King Jr. Day interview on ABC’s “Good Morning America” and in a video distributed to supporters.
“I am running for president of the United States and I’m very excited about it,” Ms. Harris said on “Good Morning America.” I love my country and this is a moment in time where I feel a sense of responsibility to fight for who we are.”