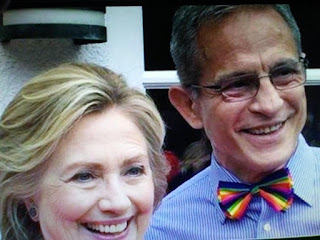 What is going on with Ed Buck and why are people dying around him?
Why isn't he arrested are charged with  crime?  Is it because he's Gay and a donor to the Democrat Party that runs the town?  I'm only asking?

Attorney Seymour Amster told Fox News the unidentified victim was a "longtime friend" of Buck and said the two had known each other for 25 years. Amster said the victim "reached out for [Buck's] help" Sunday night and began acting "in a bizarre way" after he arrived at Buck's apartment.

Buck, a well-known figure in LGBT political circles, has given more than $500,000 to a range of Democratic groups and candidates — including former President Barack Obama, former Secretary of State Hillary Clinton and Los Angeles Mayor Eric Garcetti.