Crossing the line: George Lopez on Trump Barron's Fair Game in Immigration Talk ... So What If He's a Kid??? 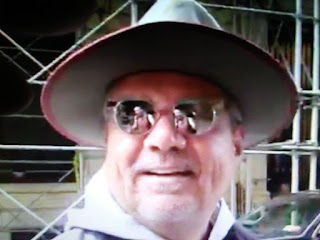 Nobody messed with Amy Carter, Chelsea Clinton, and Sasha and Malia Obama when their Dad's were president.
But, it was a different story with the Bush daughters and now George Lopez believes Barron Trump is fair game?  You better back up hermano because you're making a serious mistake! There's a lot of crazies running around.

TMZ reports George Lopez doesn't mind including President Trump's son, Barron, when criticizing DT's immigration policies ... and don't give him the "he's a kid" line, either.
The comic was leaving the Palace Hotel Saturday in NYC, where we got a chance to ask him about an IG post he'd just thrown up ... which basically calls out the Prez for being so harsh on immigrant children, while his own offspring have immigrant mothers themselves.
In the post ... Don Jr., Ivanka, Eric and 13-year-old Barron are referred to as an "anchor baby" -- meaning a kid born by a non-citizen mother in a country that offers birthright citizenship.