Justice?: 3 suspects busted for water-bucket attacks already back on the streets 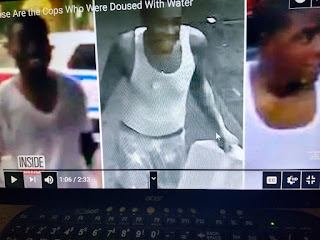 In New York people of color can commit crimes without paying a price.
That's the progressive way.

NY Post reports the three men busted in connection to the city’s spate of cop drenchings were already back on the street Thursday — as authorities were able to bring only misdemeanor charges against them.

Isaiah Scott and Chad Bowden, the Harlem men charged with soaking a female civilian on July 21 near the scene of that neighborhood’s water-bucket attack, walked free without bail late Wednesday at Manhattan criminal court.

The men, respectively 23 and 28, were hit with charges including criminal mischief and harassment, because the water fried the unsuspecting woman’s cellphone, prosecutors allege.