Video: DC Tourist Savagely Beaten, Stomped, Spit on by Gang of Youths at Hilton Hotel Where Reagan Was Shot 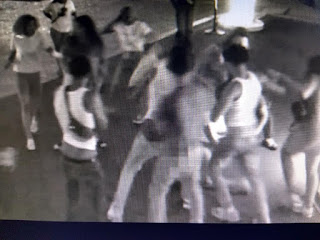 Disgusting!  This is plain lawlessness.

Gateway Pundit reports a tourist was savagely beaten, stomped and spit on by a gang of over a dozen youths at the entrance to the Washington Hilton Hotel around 1 a.m. on July 14, according to Washington, D.C. police who released hotel surveillance video showing the brutal unprovoked attack.

The Hilton–located about twelve blocks north of the White House at 1919 Connecticut Avenue and T Street, NW–is a key part of official Washington, playing host to presidents, foreign dignitaries, business and political gatherings including the annual White House Correspondents’ Association dinner. It is also where President Ronald Reagan was shot by a would-be assassin in 1981.