Kamala Harris (aka Willie Brown's bedwench): Immigration Raids Are 'A Crime Against Humanity' 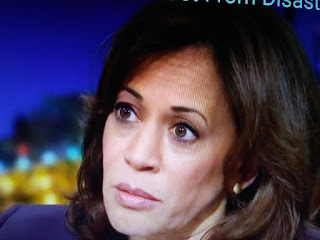 Talk about over the top.  Funny I thought Harris used to be a prosecutor that enforced the law.
The things people say when running for president.   Kamala Harris is a horror show and a step in the wrong direction for America.

She made the comment Thursday night during an interview with MSNBC's Rachel Maddow.