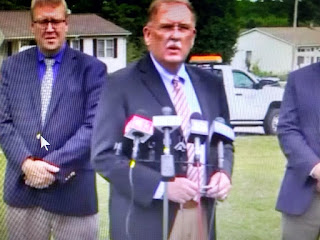 What a shocking story!

CNN reports the wife, child, and mother-in-law of a pitcher in the Tampa Bay Rays organization were killed in a southern Virginia town Tuesday, and police arrested the brother-in-law of minor league baseball player Blake Bivens, authorities said.

Matthew Thomas Bernard, 18, was arrested on three counts of first-degree murder, a spokesperson for Pittsylvania County, Virginia, said in a statement provided to CNN.

The victims were identified Wednesday as Joan Denise Jefferson Bernard, 62; Emily Bernard Bivens, 25; and 14-month-old Cullen Micah Bivens, according to Pittsylvania County Sheriff Michael Taylor. They were the mother, sister and nephew of the suspect, he said.