Odessa shooter Seth Aaron Ator pictured with a teardrop gang tattoo on his face as neighbor recalls he was a 'violent, aggressive person 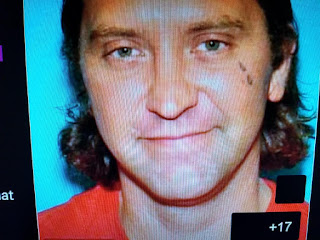 Boy, was I wrong about this guy.
I thought he didn't look like a killer.  But, it turns out he was a ticking time bomb too.


Daily Mail reports the gunman in a West Texas rampage 'was on a long spiral of going down' and had been fired from his oil services job the morning he killed seven people, calling 911 both before and after the shooting began, authorities said.

Officers killed 36-year-old Seth Aaron Ator on Saturday outside a busy Odessa movie theater after a spate of violence that spanned 10 miles (16 kilometers), injuring around two dozen people in addition to the dead.