PICTURED: Odessa gunman who killed seven and injured 22 with an AR-type rifle is identified as Seth Ator 1 hr after police chief REFUSED to say his name 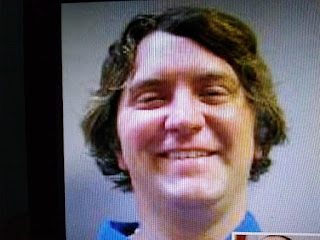 I understand the motivation not to give the killers name publically.
But, we need to learn the identity of every killer because the public needs to know.  It would be a much worse situation if the names would be kept secret from the people as a matter of routine.  That's a scenario for some really sinister stuff done by the government.

Daily Mail reports authorities on Sunday released a photograph showing the man who is allegedly responsible for the shooting rampage in western Texas that killed at least seven people and wounded nearly two dozen others.

The gunman who carried out the mass shooting in Odessa, Texas, has been identified as 36-year-old Seth Ator, two law enforcement officials told AP.

Ator was shot and killed by police in the parking lot of the Cinergy movie theater in Odessa on Saturday afternoon.

Police had previously said that the suspect was a white male in his 30s.

About an hour before Ator was named, Odessa Police Chief Michael Gerke told reporters at a press conference that he would not reveal the shooter's identity because he did not want to give him notoriety.
'I'm not going to give him any notoriety for what he did,' Gerke said.

Gerke said that authorities would eventually reveal the suspect's name, though he refused to do it in a public forum.