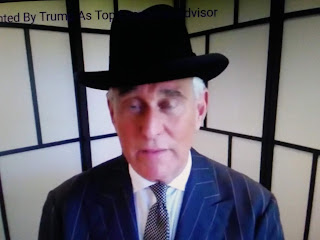 This prosecution against Stone was a miscarriage of justice.
It was all done for show with very little facts to justify the case.  In the end, Stone is getting pardoned after Trump wins re-election.


NewsMax reports the D.C. judge overseeing the trial of President Donald Trump’s longtime friend and confidant Roger Stone has ordered his legal team and federal prosecutors to appear at a phone hearing this Tuesday, reports Politico.

District Court Judge Amy Berman Jackson on Sunday ordered the hearing, a move that follows the withdrawal of four Justice Department prosecutors from the case and revelations that the jury foreperson at Stone’s federal trial had been actively opposed to Trump.

The foreperson, Tomeka Hart, donated $100 to Democrat Sen. Kamala Harris' presidential campaign just days before the jury she led found Stone guilty of witness tampering and lying to Congress, among other things, in connection with Special Counsel Robert Mueller's probe of possible collusion between the Trump presidential campaign and Moscow.