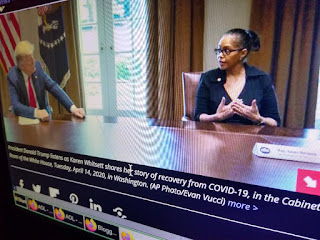 This is so petty and demonstrates how ridiculous the Democrat Party is.
This isn't the party of John F. Kennedy anymore and it's an embarrassment

Washington Times reports Michigan Democrats reportedly plan to censure a state lawmaker who met with President Trump and expressed support and thanks to him and his administration for their endorsement of hydroxychloroquine as a coronavirus treatment.

State Rep. Karen Whitsett faces a censure vote Saturday from party leaders who insist that she reports to them, according to a report Thursday in The Detroit News.