AOC who?: Customers load up on Goya after backlash to CEO's pro-Trump remarks 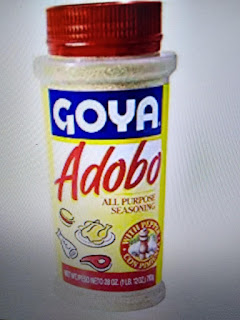 Goya is a beloved brand when I was growing up since the 60s.
I'll be damn and other Latinos won't listen to a woke-idiot like Alexandra Ocasio-Cortez and Julian Castro.  That bum from San Antonia couldn't managed to get above .05 in the polls running for president and we're suppose to take notice?

Fox News reports many took to social media to express their displeasure with Goya Foods CEO Robert Unanue after he praised President Trump at a White House event on Thursday, but others are flipping the narrative and calling for a Goya Foods "buy-cott."

"My brother came up with a terrific idea and I am encouraging all to join me in purchasing $10 worth of Goya Foods products and donating them to your local food bank," self-described "conservatarian" radio host Mike Opelka wrote on Twitter. "Let's push a BUY-cott, not a boycott. Let's show the #Goyaway people what compassion can do.
Opelka's post received 27,000 likes.