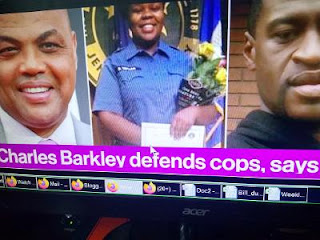 I agree with Charles Barkley said.  But, this is the problem mixing politics with sports.

Sports announcers, analysts, and such should be only talking about the game-period!  Leave real life events out of it because that's not what sports are for!

On the Thursday night TNT pregame show for game four of the Western Conference Finals between the Los Angeles Lakers and Denver Nuggets, Barkley sounded off about his thoughts on the case.

“I don’t think this one was like George Floyd or Ahmaud Arbery and things like that,” Barkley said, according to The Hollywood Reporter.