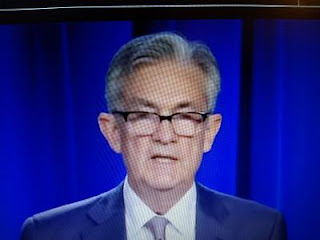 This is the unique quality about Donald Trump.  He's a hard-nose business man who not only learned the real estate business from the ground up, but also graduated from the Wharton School of Business.  He knows what makes the economy run more than any other past president.  Joe Biden and Barack Obama were economic illiterates.  They didn’t have a clue and .05% GDP for eight years of the Obama regime provess the point.

The Fed is tacitly admitting that its deflationary monetary policy has restrained growth and held down wages.