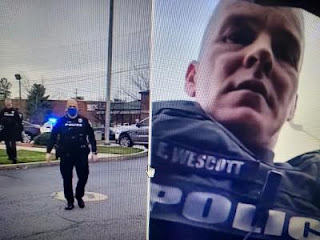 I have no problem with what the cops did in this case.

NY Post reports a Kentucky man was slugged by cops as he filmed the scene of an arrest.

Joe Bennett of Jeffersontown was on his way home from work last week when he saw police cars surround a vehicle and Bennett decided to tape the incident — from his own ride about 50 feet away.

“I just wanted to observe, so I tried to give them distance,” Bennett told the local Spectrum1 station.

Bennett can be heard on his Facebook livestream saying he was, “Doing his due diligence as a citizen” by documenting the arrest and, “This might be the most boring live video ever.”