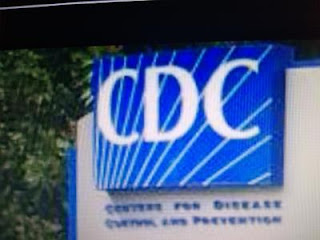 I've been making this same point since the spring.  Covid deaths are grossly overstated for the following reason.

The normal mortality for the United States is 7,642 people die every day.  That's a figure that needs to be considered and nobody really does. So if someone says a 1,000 people died of Covid yesterday.  So what? 7,000 die everry day year in and year out.  Either they die of cancer, heart disease, suicide, murder, diabetes, old age, or whatever reason.  But during this pandemic Covid is listed as the main reason people die instead of cancer, or heart disease.  Do you see the scam?

GatewayPundit reports a couple weeks ago a study at John’s Hopkins University was taken down because it showed that total deaths in the US in 2020 were no different than prior years.  Today another expert shares the same.

We reported in late November how an article in a newsletter published at Johns Hopkins University showed that total deaths in the US have not increased dramatically in 2020 when compared to prior years. This article was taken down. The university could not let it stand:

We were provided more on this unfortunate situation after we reported on the actions at Johns Hopkins.  The university claimed that the study they took down should be considered with what the WHO and the CDC say on the matter.

We didn’t buy this because we learned in early March that the data from the WHO was garbage: