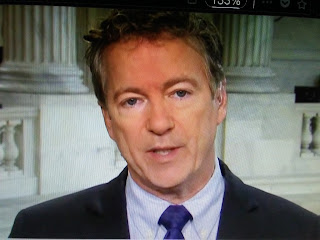 Brennan's tirade on Trump was not only over the top but also very telling of his mindset.
A good argument can be made in court that Brennan acted willfully against Trump in pushing a fake Russian dossier.  His tweet is incriminating evidence.

Fox News reports Kentucky GOP Sen. Rand Paul on Sunday blasted former CIA Director John Brennan for suggesting that President Trump will be remembered as a “disgraced demagogue,” saying that Brennan spying on Americans while running the agency was disgraceful.

“This man had the power to search every American’s records without a warrant,” Paul tweeted Sunday. “What’s disgraceful is attacking the Bill of Rights and the freedom of every American.”
Paul’s professional dislike for Brennan is epic and goes back years.