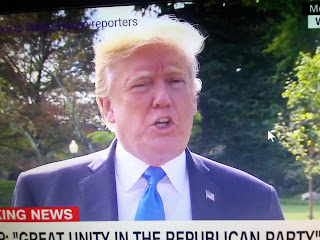 Millions of dollars spent for a great big noting burger.
But, Mueller and his team got to pad their retirement plans and buy property and nobody is looking into the financials of the investigators.

Even by the standards of his frequent barrages against special counsel Robert Mueller, Trump's early morning tweetstorm was blistering.

"A TOTAL WITCH HUNT LIKE NO OTHER IN AMERICAN HISTORY!" he wrote.

The diatribe came amid claims that Trump is maneuvering to have Mueller fired or otherwise shut down before he can close in on the president and his inner circle, including family members.