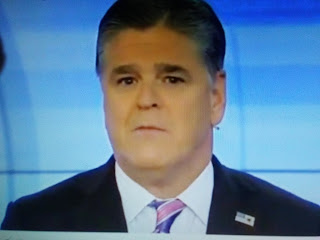 Wow, I'm shocked and disappointed.
I know marriage is a hard deal.  But, it saddens me to her about marriages breaking up.  I wish they can reconcile someday and work things out.

Hannity, 58, and former journalist Rhodes, 57, were married in 1993 and have two children, a son, Patrick, and a daughter, Merri Kelly.

Friends of the former couple say they have been legally divorced for more than a year and separated many years prior to that, but kept it under wraps.

However, rumors of a split were floating around prior to the COVID-19 pandemic as Rhodes was not seen at various Fox News events alongside Hannity.

When asked for comment, Hannity and Rhodes issued a joint statement to Page Six, which reads, “Sean and Jill are committed to working together for the best interests of their children. Amicable agreements were entered into over four years ago between Sean and Jill.