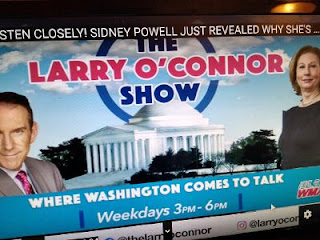 In the past few days he's taken a lot of heat on social media for his demanding Sidney Powell provide evidence of election fraud and voter switching from Trump to Biden on Election Night.  As far as I'm concerned it was highly wrong of Tucker to make such a request.  His show is not the proper venue  I think Tucker know this.  But, he's doing the bidding of Fox bosses..  His credibility has taken a tremendous hit from viewers who realize Tucker is sounding very much like a talking head from CNN.

Nevertheless, ,the circumstance of what happened on Election is much bigger than Tucker.  Lives and the truth are at stake and that’s why Powell is keeping her mouth shut until she reaches court.