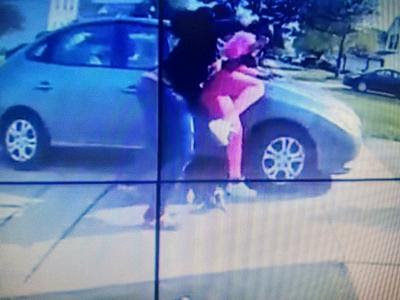 On the same day Derek Chauvin is convicted of killing George Floyd,  this crap happens in Cleveland.  Let me set the stage:

·       The teen who is shot is involved in criminal activity

·       Cops orders everybody to stop, but the criminal activity continues

·       The is the point in time whereby people who know how to act would stop because the cops are there.  But that didn't happen.

·       After attacking the first female who is thrown to the ground, the teen goes after a second female in the pink outfit

·       Cops orders everybody to stop but she continues the attack.

·       Cop shoots the teen who is attacking girl in the pink

Fox 8 reports a teen girl was shot and killed by a Columbus police officer Tuesday evening.

Officers responded to a home on Legion Lane at about 4:45 p.m. after a person called 911 to report females were trying to stab them, according to Columbus Police Chief Michael Woods.

The Columbus Division of Police released the body camera video during a news conference Tuesday night. (Click here to watch the video. WARNING: Video is graphic)